All You Need To Know About - Range Rover Sport Petrol

There is a certain formula to every car that is ever produced. To the number of features, the equipment, the heart of the matter – that’s certainly the powertrain – and the body of the vehicle. Luxury cars are long associated to carry a bulky, torquey and a powerful engine under the bonnet of that million-dollar machine. But times have changed, and the manufacturers have certainly more in their brains that our layman brains could ever imagine. 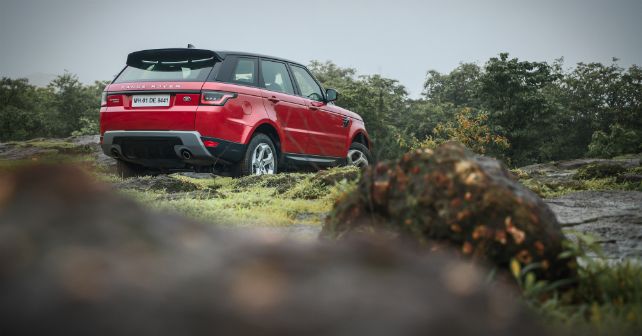 On the face of it, the Range Rover Sport is exactly the same car that it used to be. The brawny eyes, wide haunches and the in-your-face design work very well for the Rover. The horizontal headlamps – very typical of a new age Range Rover – are packed with LEDs, the 20-inch wheels fill the arches very well, and the LED taillamps exude a modern appeal. What’s nicer is the dual-tone treatment on the red car you see here, so that so it really justifies the Sport moniker on the rear tailgate.

Now, the RR Sport 2.0 tops up at the decently equipped SE variant. And though it does miss out on some nifty features, the SE variant is adequate enough for the price. So once inside, the Sport’s cabin is a very nice and opulent place to be. But the first thing that catches your fancy is the InControl Touch Pro Duo system that replaces the traditional chunky knob systems with a modern dual-screen layout for the infotainment system and the air conditioning unit.

So, not only you get a touchscreen for the infotainment, the climate control, driving modes and a plethora of features are built in the InControl Touch Pro Duo system. Now, while this may feel like a super modernistic and chic touch to the cabin, controlling the air conditioning while driving is a pain in the back. Especially considering the software is a bit laggy and the touch-responsive isn’t as fluid as its German rivals.

Talking about screens, there is a third screen for the instrument cluster. The fully digital instrument cluster is nice and informative, and the graphics are really good too. Add to that a supremely informative layout and a wide array of customisation features, it easily makes for one of the best clusters in the segment.

Other than that, the car features a panoramic sunroof, drive mode selector, 14-way powered driver seat with memory function, and 360-degree parking camera. The seats are extremely supportive, and I just love the way the backrest holds you in place even while cutting some sharp turns. 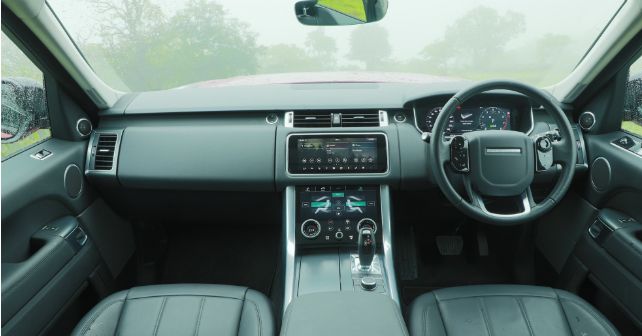 Under the hood of the RR Sport is a 2.0-litre Ingenium motor that also does duty in the F-Type 2.0. Now, for a luxury SUV that weighs two tonnes, 2.0-litre four-cylinder petrol does sound a little conservative. However, a brief sight in the brochure reveals 296bhp of power and 400Nm of torque at 1,500rpm. The engine works in tandem with an 8-speed automatic gearbox. As reflected by its on-paper figures, the wide torque spread results in brisk acceleration from as low as 1,500rpm. The torque spread goes all the way to 4,000rpm, but the motor feels punchy all the way to 6,000rpm. So, the performance is certainly not a concern for the smaller engine, and it even feels as fast as the V6 diesel. However, the Ingenium motor isn’t as sprightly as the supercharged SVR. The gearbox is a tad bit slow with shifts, and there are certain times when it shows some reluctance, especially when you mash your right foot on the pedal. As for the refinement, the engine stays very refined at idle, and there is a nice soundtrack from the dual exhaust at higher revolutions.

The suspension is set on the stiffer side, so it might not be super comfortable at city speeds, but the Sport does very well on highways and joints. The well-weighted steering ensures an enthusiastic time around bends and curves. The body roll is well-contained, but the heavyweight is certainly noticeable behind the wheel. 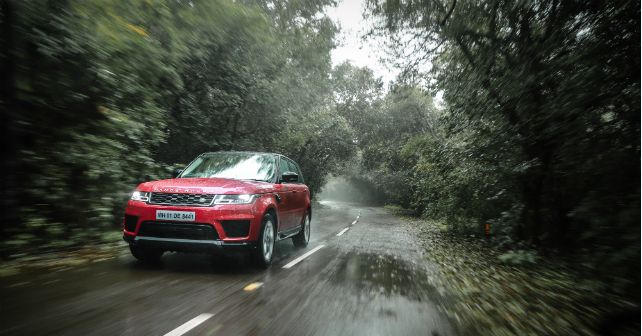 In essence, the Range Rover Sport has always been an enthusiastic and supremely opulent SUV with a massive street presence. But it had always been far pricier than its rivals. However, the 2.0-litre Sport starts at Rs. 86.71 lakh, while the SE variant – the one you see here – will set you back by Rs. 94.49 lakh. And considering the 2.0-litre gasoline engine is sufficed for the Sport, I think it’s worth a consideration. But you’ll have to keep an eye out on the fuel efficiency of this very bulky SUV. To read the extensive Range Rover Sport review, be sure to visit us at autoX.